Sultan Ahmed Mosque (Turkish: Sultan Ahmet Camii), also known as The Blue Mosque, is a historic mosque located in Istanbul, Turkey. It remains a functioning mosque, while also attracting large numbers of tourist visitors. It was constructed between 1609 and 1616 during the rule of Ahmed I. Its Külliye contains Ahmed’s tomb, a madrasah and a hospice. Hand-painted blue tiles adorn the mosque’s interior walls, and at night the mosque is bathed in blue as lights frame the mosque’s five main domes, six minarets and eight secondary domes. It sits next to the Hagia Sophia, another popular tourist site.

See false or lack of information about this place? Help us improve it! 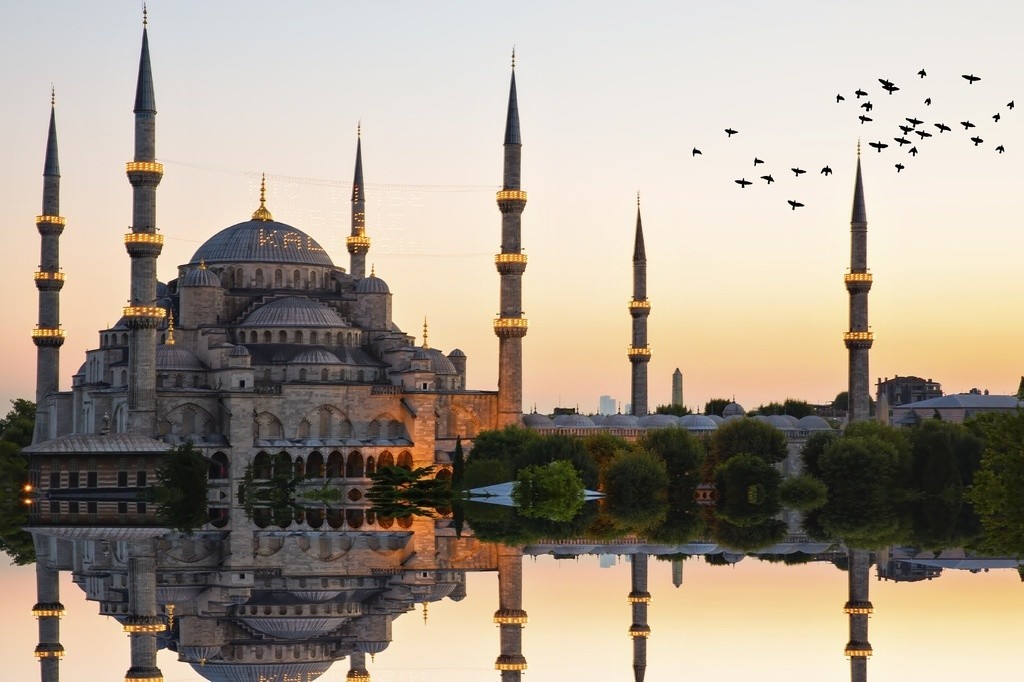